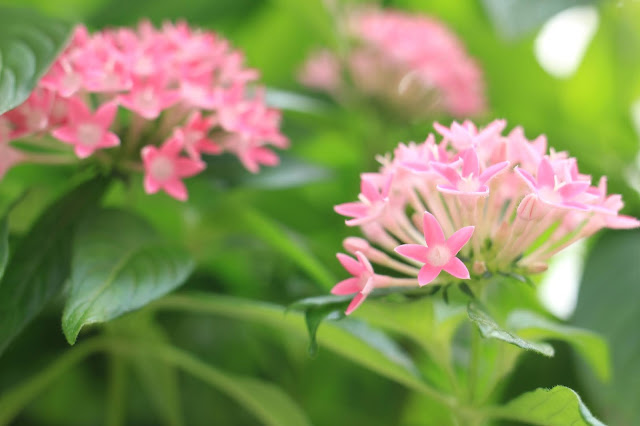 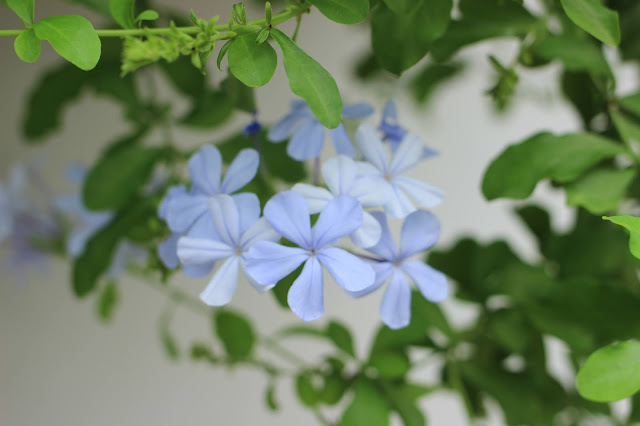 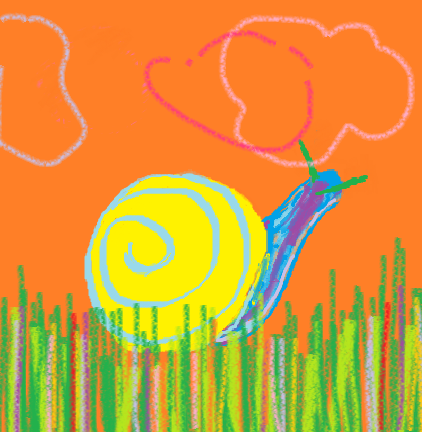 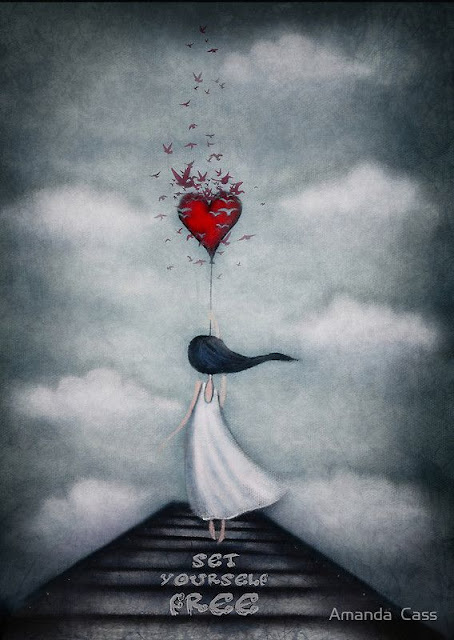 RETURN OF THE PESKY PIGEONS 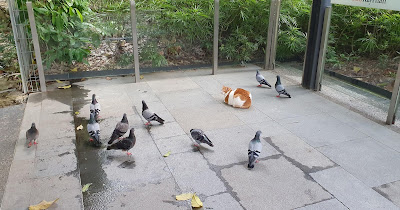 Some months ago Dad got into the habit of feeding the pigeons that sometimes come to rest on the ledge below the Master bedroom window. Mum and I put up a feeble fight against the idea but Dad, being the stubborn tyrant that he is, refused to listen to reason.

Each morning Dad would set aside half a cup of rice and two slices of bread for his new friends. (One morning Mum ate the last two slices of bread and he threw a pretty nasty tantrum. ) He would patiently cut the bread into tiny cubes so that the birds can peck them up easily. The feed, sprinkled on the AC ledge twice a day, attract half a dozen pigeons (sometimes more) at a time. It wouldn’t be so bad if they fed silently and then fly away. Half the time they would squabble or fight, causing a din. The worse part of it all - feathers come flying into the house, and pigeon poo left behind.

Two weeks ago Dad contacted a serious flu bug. A few days later Mum had high fever and a bad cough. Shortly after, I came down with a cold as well.


During the two days that Dad was in the hospital and there wasn’t anyone home to feed the birds, they still ban together below the window. Once I even caught one pecking on the window pane. On the evening that Dad was admitted into TTSH, his sister paid a visit. My aunt was horrified to learn that we had been feeding pigeons. Pigeon poo, she warned, carries more diseases that one can ever imagine.  No wonder we were all falling sick!  Mum and I immediately used that as an excuse to stop Dad from feeding the pigeons once and for all.

So Dad reluctantly agreed to give up his new found pastime.  It has been tough to wean the pigeons off their daily bread. Today is the forth day that we’ve stopped putting out bread and rice but each time we open that window (or just merely standing in front of it) would draw the birds out from every direction! We would hear the flap of wings and suddenly they would appear on the ledge, first one, then two, then five, then seven. It’s as if they were watching the window all this time. I feel a pang of sadness to see them like this - all excited and hopeful but it'll be a let down in the end. After all Dad had been a consistent food provider and the bird brains still cannot get around the fact that the food supply has been cut. It’s kind of cruel, if you think about it, to get them used to easy food, and then stop.

But it has to be done.

Email ThisBlogThis!Share to TwitterShare to FacebookShare to Pinterest
Labels: pigeons, The life of a crab

FOR THE LOVE OF POTATOES 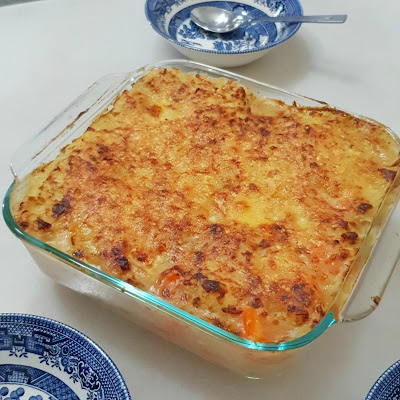 Who knew boiling potatoes can be so complicated?

Russet potatoes were on sale in the super mart. I bought five. I was getting ready to cook one when my mother asked, “How do you intend to cook it?” I guess I would boil it in its jacket. “Leaving it unpeeled is silly,” Mum scoffed. “Are you going to eat the skin too?!”

Two days later I decided to cook the remaining four potatoes. Remembering Mum's remark about their spud brother, I embarked on the process of removing the jackets from each. “How do you intend to cook them?” Yes, Mum was breathing down my neck again. I think I would boil them. “Then you shouldn’t peel them,” said Mum. “It would be much easier to remove their jackets once they’re cooked. Sometimes you’re so stupid.”

"Oh for the love of potatoes, leave me alone already!"  I wanted to say but arguing with a 81-year old would be bad for my karma.

We have a love-hate relationship, my mother and I.  Some people don't appreciate the way I blog about these regular squabbles.  "Stop complaining about your mother," they would chide.  "One day you will grow old too!"  Perhaps my friend Serena understands me most. She once told me, “I made a pact with my sister that when we grow old and I should turn out like our mother, she is to shoot me!”

“Would you like her to shoot you too?” she offered.

Email ThisBlogThis!Share to TwitterShare to FacebookShare to Pinterest
Labels: mum, potato, Serena, The life of a crab

ANOTHER DAY IN TTSH 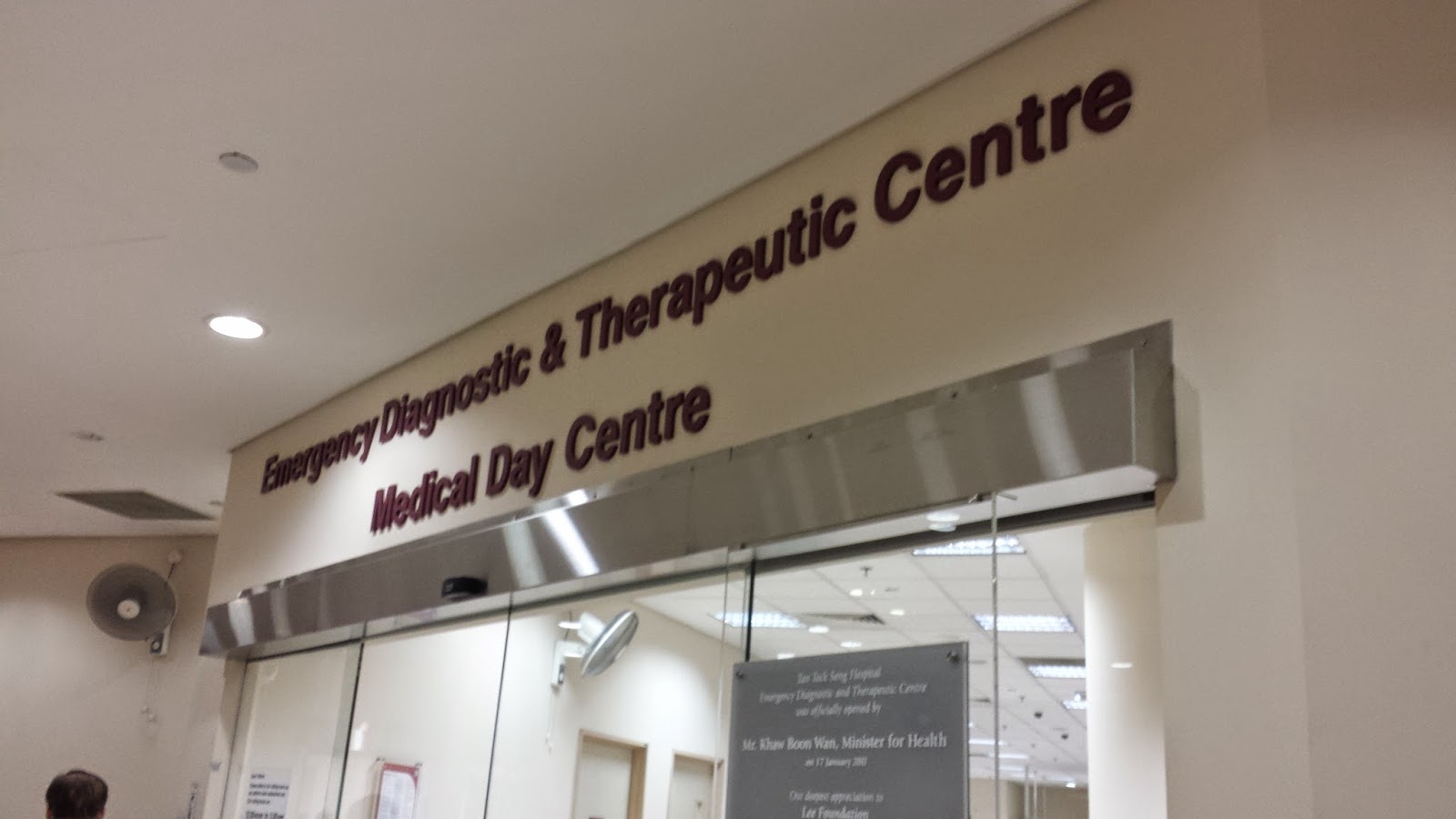 This was where Dad spent the night yesterday.  It's kind of an observation ward where they evaluate not just the patient's condition but also (especially for the elderly) whether he is sufficiently capable of looking after his own day-to-day needs after being discharged. 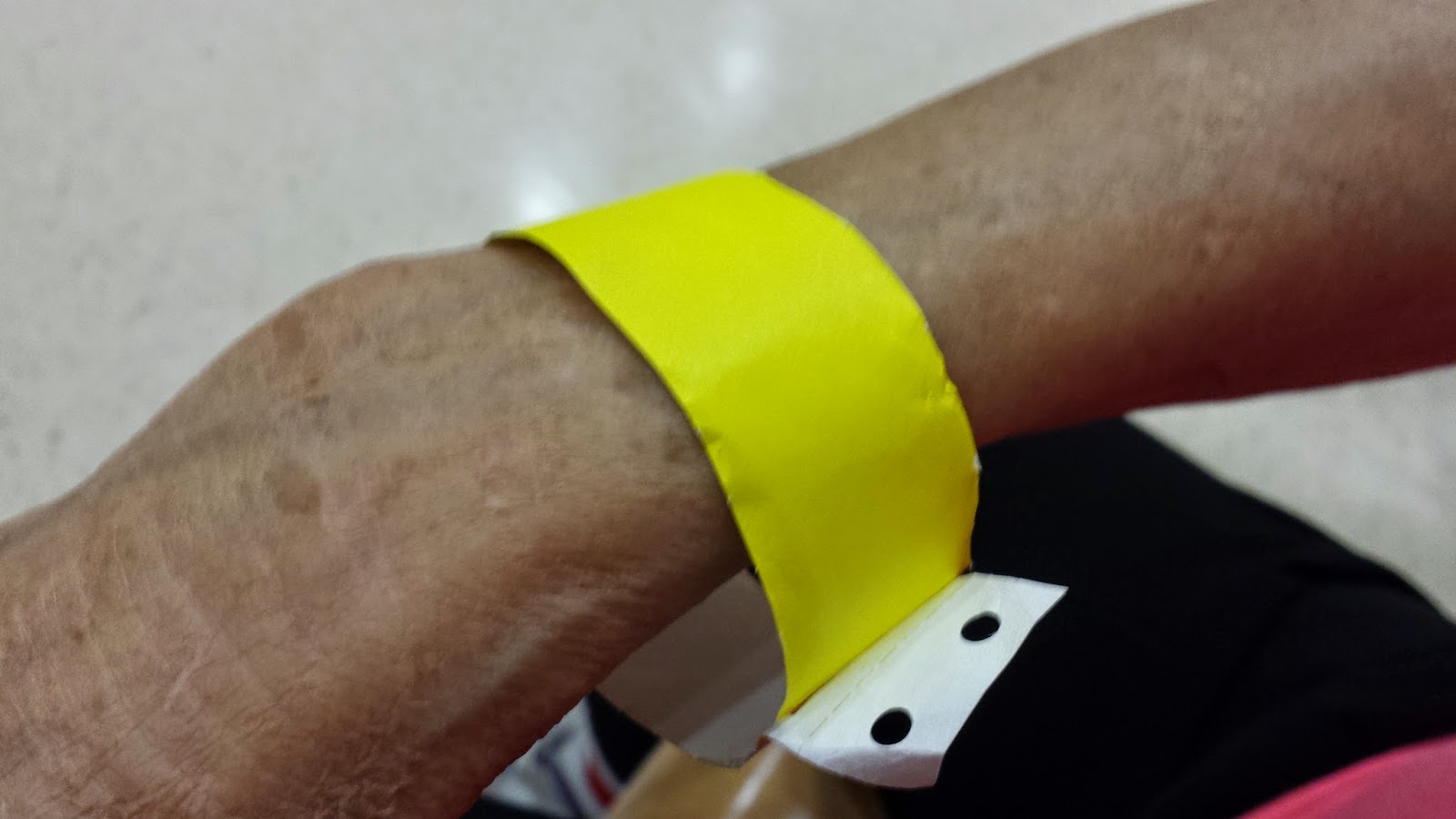 All visitors get to wear a yellow paper bracelet.


Everyone who knows my father is aware that he can be such a tyrant at home.  He is the King Of The Household, the Lion who rules us with an iron fist.  Due to the shock of the fall, however, and having to spend two full days in bed, amongst strangers, manipulated by hospital staff, he turned into a meek kitten.

And how he purred when he saw Mum and I this morning!  We brought him his favourite coffee.  He was high spirits and informed us that he saw a cat inside the ward last night.  Was the cat wearing a yellow paper bracelet?  Dad was sure it wasn't, but he was certain the cat is a black and white one.  Of course Mum and I don't believe a word of it.  Out of curiosity (I forgot that was what killed the cat in the first place) I pop the question to the nursing staff and they all said "No cat".

It was another long and tedious day.  We were at the hospital just after 10:00AM and were informed that we have to wait for the neurologist, and physiotherapist to give the nod of approval before Dad can be discharged.  It was 4:30PM when the discharge papers were finally ready.

There are two follow-up appointments to keep at the hospital, but for now I'm just glad to have Dad home.

A TUMBLE, AND ANGELS TO THE RESCUE 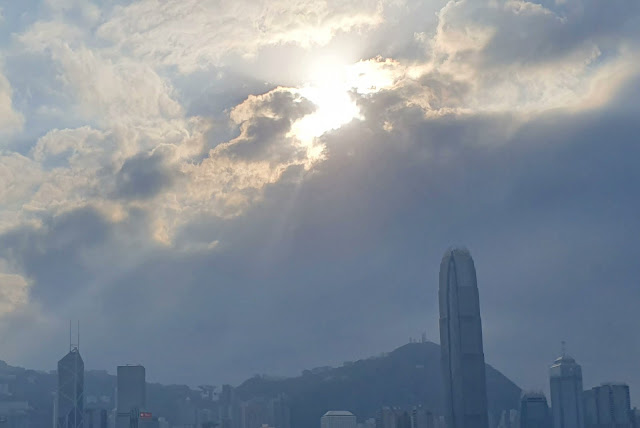 
Mum and Dad had gone out to lunch.  They were making their way home when he fell.  He didn't know how it happened, he mumbled repeatedly.  Needless to say, Mum was in a state of panic.  Fortunately, three good Samaritans - Daniel, Jaime and Mark -  descended out of nowhere and lent a helping hand.

According to Mum, Dad could not get up after the fall.  Mark, who was on his way to lunch, came upon them and immediately piggy-backed Dad to the nearest clinic. Daniel and Jaime called me using their mobile phone.  They were kind enough to hang around until I arrived.  Dad was referred by the doctor to the A&E at TTSH.  My hands were shaking and couldn't even call a cab properly so Jaime had to call one for us.

I couldn't thank Daniel and Jaime enough.  Jaime said they were on their way to have ice cream.  Normally they would park by the side of the road but today Jaime thought they ought to drive into the car park (where they witness Dad took a tumble) so maybe it was meant to be.

On my way home from the hospital tonight I was still thinking about Daniel and Jaime and about what she said. When this is all over, I thought to myself, I shall thank them properly - over ice cream.  Just as I was about to cross the street to my apartment block, two boys (who looked like they were 8 and 10) approached and asked if I would help with their school fees.  What were they selling?  Ice cream.  Is this another one of your jokes, God?

The ice cream were $12 a box.  I opened my purse and there were exactly $12 in notes lying inside. So maybe it was meant to be.

There were hundreds of patients at the A&E today.  We waited several hours with Dad to get his X-ray and CT scan done.  And then it was another few hours' of waiting to get him admitted.  After that another couple of hours to get him settled into the hospital bed and made sure he had something to eat.  We get to speak to the doctor tomorrow at around 10:30AM.  It was a long day but I don't think my life is half bad, really.  Thanks to an understanding boss, the sweetest coworkers, and of course - three perfect strangers who offered their timely assistance unconditionally.