A WEEK IN OZ

When Tammy suggested a trip to Tokyo I declined immediately.  I could see it already: Winter Blues. Heavy Clothing. Mall Hopping.  Not my idea of fun.

Being the introvert that I am, I'd rather be at my aunt's place in NSW: hours away from the hustle and bustle of the city, fresh air, good food, free lodging, sleeping in, relax the mind.  A true break.

I guess it all sounded rather appealing so Tammy decided she'd forgo Tokyo and came along with me to Sydney.

The doing-close-to-nothing week flew by much too quickly.  Instead of hopping from mall to mall (as it usually happens during a holiday with Tammy) we took this vacation slow and easy, sleeping in late for two mornings in a row.  Just a little bit of sightseeing for Tammy, who is visiting Australia for the first time. 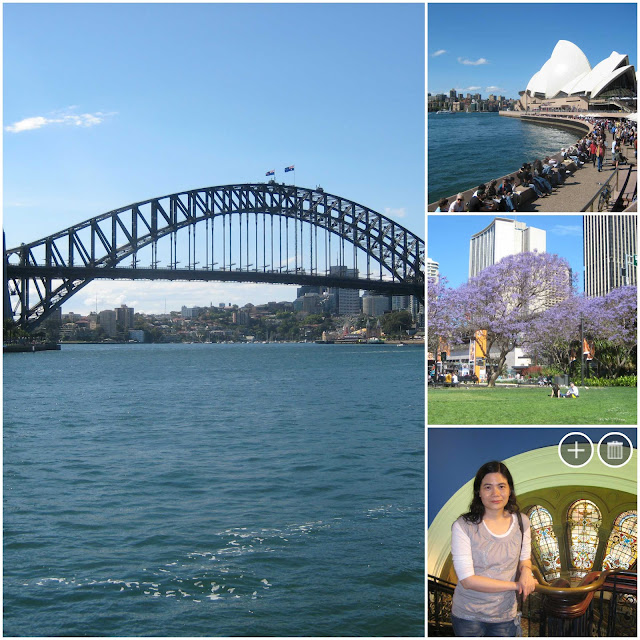 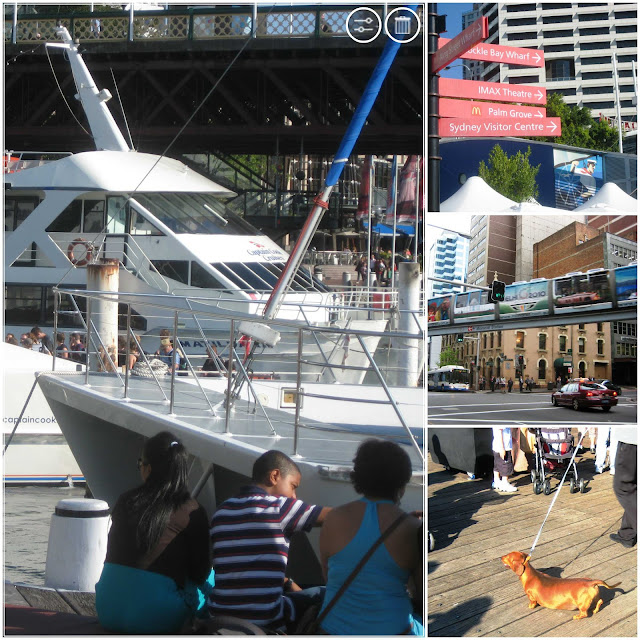 But most of our vacation time was spent in the Central Coast, where my aunt and uncle resides. 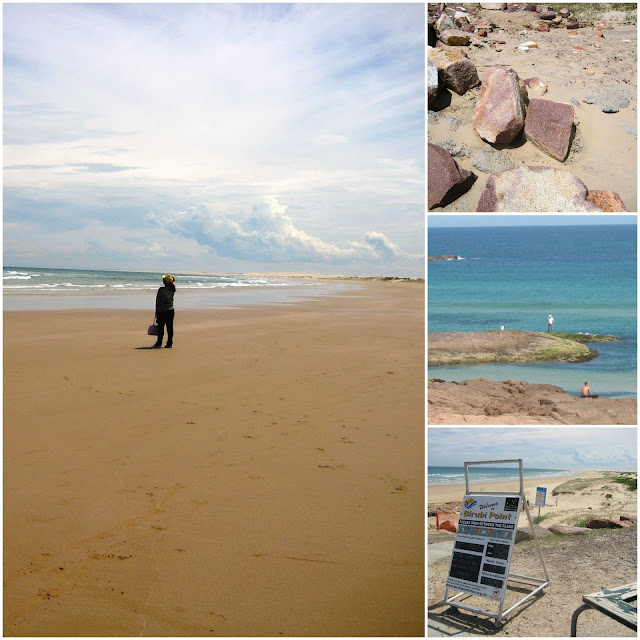 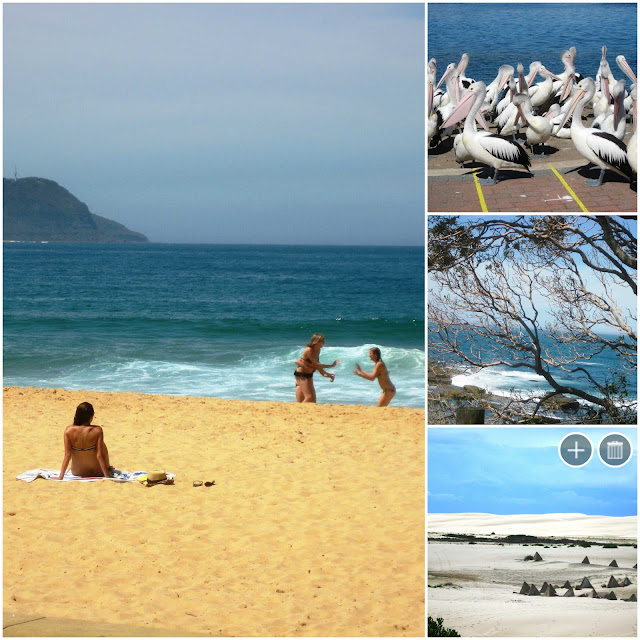 I love spending time with my aunt and uncle at home in Gosford. Each night I slowly fall asleep to an insect concerto, and awake every morning to the song of birds - and freshly squeezed orange juice! 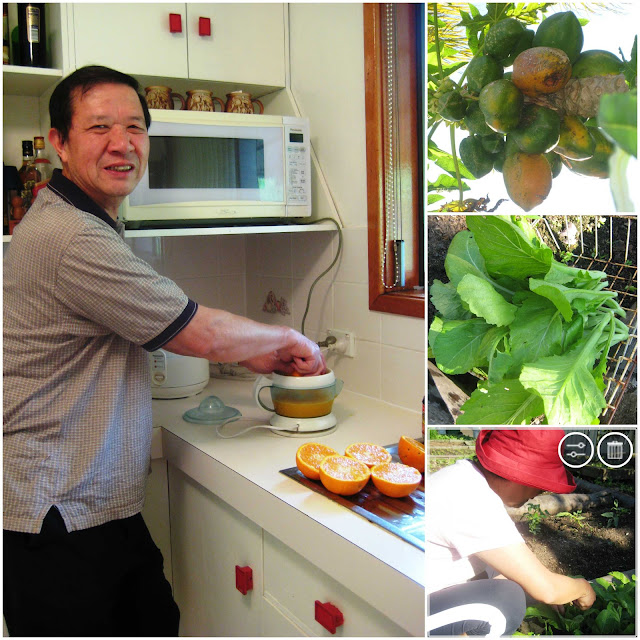 Whenever I visit, my uncle would cook up a storm!  He used to be a chef so imagine the feasts every evening!  Then there are all those fresh Australian seafood, and veggies straight from my aunt's own backyard!

I'm not a good cook but my contributions are not to be dismissed.  I helped water the vegetable patch, washed the veggies after my aunt had harvested them, laid the table while my uncle cooked, and most importantly, wiped out every last bit of the sumptuous spread that my uncle put on the table every night. 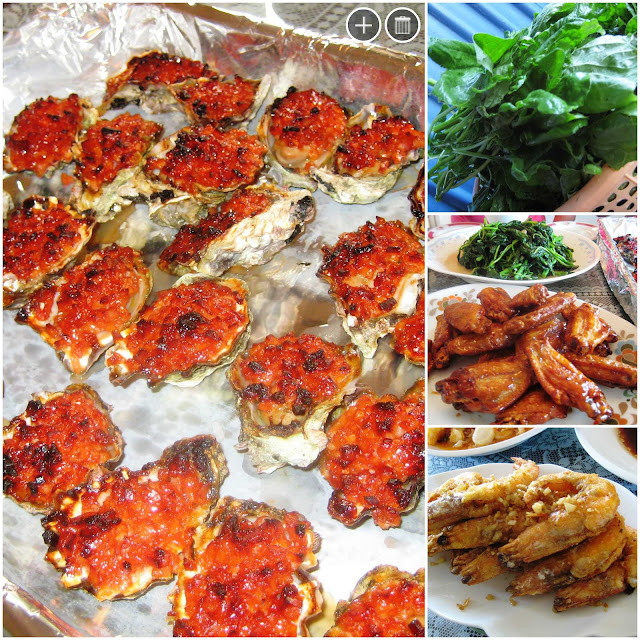 All this time, my poor friend took ill and spent many hours either in bed, or laid out in front of the TV.  She didn't do enough shopping while we were in Sydney so she was suffering from withdrawal symptoms (that's the way I see it).  She caught a cold during the 10-hour flight from HK to Sydney (her story).

One afternoon my aunt and I baked Lemon Yogurt Muffins. By then Tammy was well enough to sit with us at the dining table and I bullied her into translating the recipe into Chinese for my aunt.

Tammy had been facing a hard time at work and was feeling depressed.  My aunt advocates that sunlight would chase away the blues so she and my uncle drove us to the beaches in Terrigal, sand dunes in Biribi Point to be greeted by sun, sand, sea and clear blue skies.  We even caught the Pelican Feeding at The Entrance.

All in all, I had heaps of fun and was thoroughly spoilt!  Even though it's probably like my 5th visit to Australia, there are several "firsts" that happened on this trip: for the first time I didn't go about chasing down koalas and wombats or doing the tourist stuff; the first time I actually bought wine; the first time to visit  medical clinic in Australia - thanks to Tammy.  I thought it an interesting experience for you see, here in Singapore every GP comes with its own pharmacist so we're able to collect our medicine right after we consulted the doctor.  In Australia you'd see the doctor, after which he'd write you a prescription, which you then drive to the nearest pharmacy to have your prescription filled.  It doesn't matter if you have a high fever or you are far too weak to drive.  You'd have to make that trip to the pharmacy.

Small matters like that make me appreciate Singapore a whole lot more.

I hope you get well soon, dear Tammy.