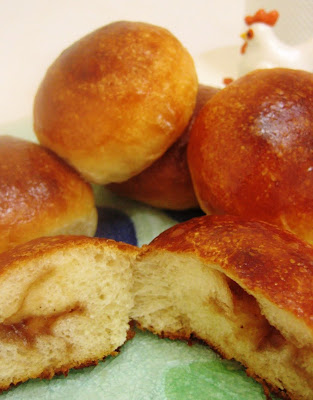 Yesterday, we were actually able to eat  the bread I made! After 4 failed attempts, I finally conquered the beast (I mean, the yeast). It was a proud and glorious moment. My dad beamed with joy. I think I saw my mother cry. At long last their days of feeding on semi-baked dough are over. Saved by Carol.

The secret in breadmaking lies in the kneading. The more you stretch the dough, the further the gluten develops, resulting in light, fluffy bread. But we all know that kneading dough by hand is hard work. Carol's method doesn't require extensive kneading. Rather, it involves flinging and folding the dough on the counter top, like 200 times. Imagine you're executing the judo-throw to a loathesome client or vile colleague. It's a great stress relief!

Once I've mastered Bread Kungfu, the rest of the breadmaking process is quite easy. I fired up the oven to 60 degrees C, then switched it off. The dough is then shaped in a boule fashion and left inside the oven to proof until it doubled in size (about an hour). I divided it into 9 equal portions, filled each with canned chestnut spread, formed each into boule again and left to proof one more time. In his book The Bread Baker's Apprentice, Peter Reinhart tells us that "the whole exercise of giving loaves this (boule) shape is based on creating a tight surface tension to allow the loaf to rise up and not just out; the tight skin causes the dough to retain its cylindrical shape rather than spreading and flattening."

Email ThisBlogThis!Share to TwitterShare to FacebookShare to Pinterest
Labels: bread, bread with filling

HAPPY TO BE FOUND 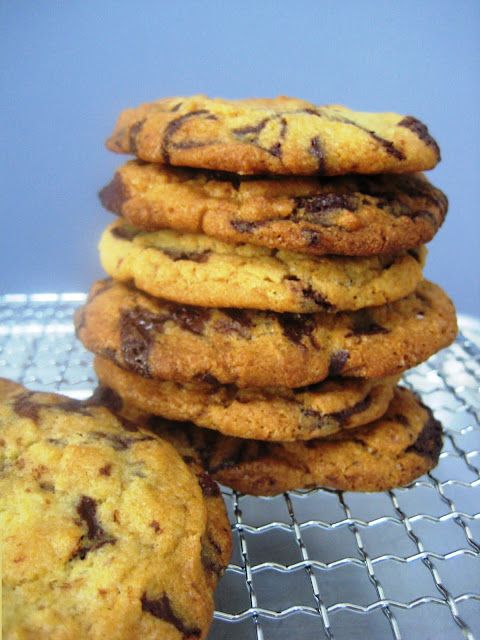 Two weeks ago, I sent Chew Ling an email telling her I’ve been snowed under in work and that “I don’t see the snow melting anytime soon.” Without missing a beat she promptly answered “Well, let me know after the avalanche.” That’s so Chew Ling. Even when we were colleagues she was the one with the brains, wit and best retort.

Chew Ling and I share a special affinity. We were comrades at work and best of friends after office hours. We saw each other for dinner, caught movies (usually cartoons or animation) and shopped for shoes. Stores often put smaller size shoes on display. As her feet are larger than mine, Chew Ling would make me try the shoes out first. Only if she liked how they look on my feet would she ask the sales attendant for assistance.

Once, we even went on a trip together to Genting Highlands. And then Chew Ling got married and became engrossed with family life and new baby. I changed job and became involved with new challenges. We slowly drifted apart and lost contact. I never forgot the good times. Apparently, neither did she.

Chew Ling tells me that her search for me began the year she enrolled her elder daughter into the primary school that I used to study in. The young lady is now in secondary school! I feel so old! That said, I’m happy to be found.

If you saw us in Crystal Jade Kitchen in May, you wouldn’t have guessed that Chew Ling and I were dining together for the first time after 13 years. I was surprised at how quickly we picked up where we left off. True friendship can truly withstand the test of time. We lost touch but we never lost each other.

Rekindled friendships burn brighter.  Thanks for finding me, Chew Ling.

CHOCOLATE CHIP COOKIES
Adapted from this recipe in nytimes.com by Jacques Torres

I halved the recipe because I didn’t have enough chocolate for the full recipe.

Sieve flours, baking soda, baking powder and salt into a bowl. Set aside.

Cream butter and sugars together until very light, about 5 minutes. Add egg, a little at a time, mixing well after each addition. Stir in the vanilla. Add dry ingredients and mix until just combined. Drop chocolate pieces in and incorporate them without breaking them. Press plastic wrap against dough and refrigerate overnight.

When you're ready to bake, preheat your oven 180 degrees C. Line baking sheets with parchment paper.

Scoop 45 - 48-gram mounds of dough (yes I weigh them) onto prepared baking sheets. Sprinkle lightly with sea salt and bake until golden brown but still soft, about 12 minutes. When the cookies are baked, rest them for a few minutes before transferring them to wire racks. Allow the cookies to cool completely before storing them.