I spotted the quirky clouds as soon as I stepped out from the cool office lobby.  White cotton fluffs rippled across the sky.

It was a little past 6PM and the heat was unbearable.  It felt like 40 degrees!  Still, how often do I get to leave the office while the sun is still out?

Took time to smell the flowers. 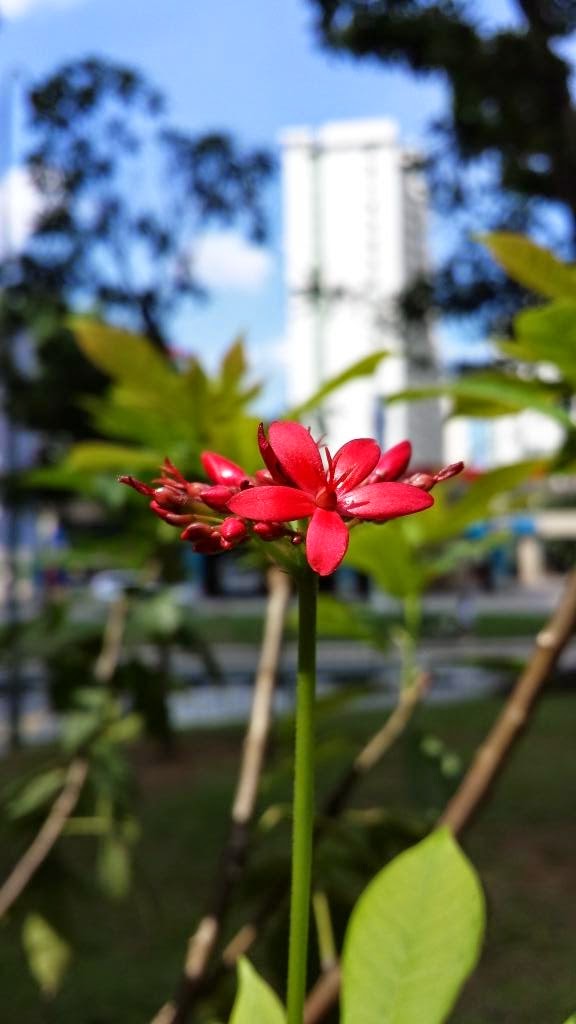 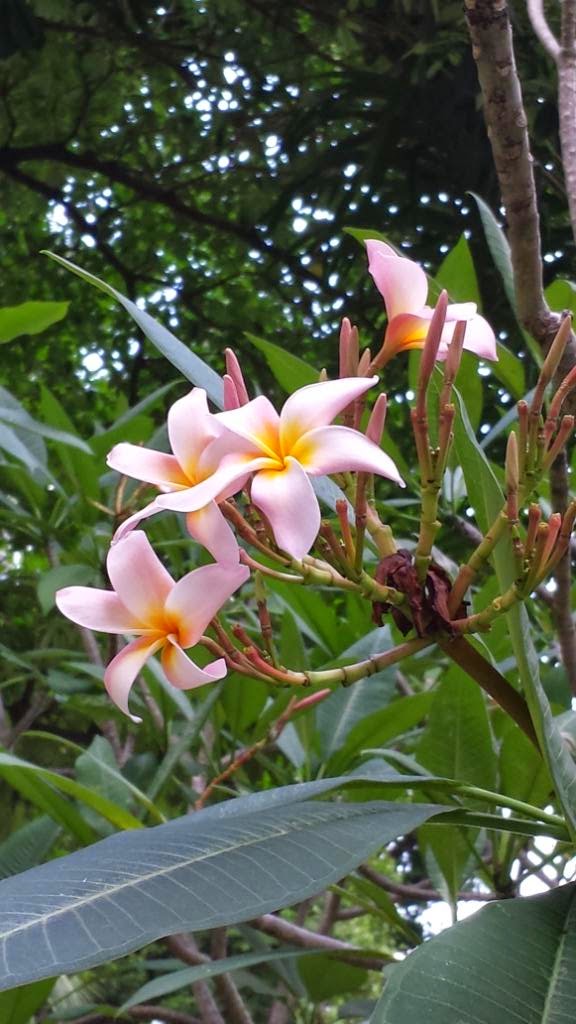 Then arrived home just in time to take in the gorgeous sunset!

Mum had a date with Orthopedic at TTSH and I took a day off work to accompany her.  Dad didn't want to be home alone so he tagged along with us.

Mum had been consulting a GP for pain in her right leg for several months.  X-rays taken at the hospital today revealed a condition known as lumbar spondylosis.  Simply put, a bone in the lower vertebrae is out of place thus compressing a nerve root in the spinal cord, which in turn causes occasional discomfort to the leg, and occasional numbness to the foot.  Since Mum is over 80 years old, doctors don't recommend surgery.  She'll now undergo three months of physical therapy to, hopefully, lessen the pain.  Fingers crossed.

I had almost forgotten that this Sunday is Father's Day!  We had an early celebration over dim sum lunch at Old Hong Kong in Novena Square which, as you may know, is the closest to TTSH.  When I started this blog I vowed that I would not be reviewing or rating restaurants.  However, when the services is exceptionally bad I feel obliged bring it up.  Today's dim sum was good, in general. However, I wasn't impressed with the wu-kok (芋角) as it smelt like pee!  I was even less impress when I informed a waiter about the problem, he did not bother to take the dish away.  Instead he asked, "You don't like it?"  (What kind of question is that?!)  He then promptly lifted the dish from the centre of the table and set it next to my left elbow!

I spoke to a second restaurant staff afterwards and she clicked her tongue several times before removing dish from our table.  (I have no idea what the clicking meant though.) No one returned with a word of apology or an offer to replace the dish or to write it off the bill.  I wonder now whether or now the restaurant will go out of business soon.  If it does, it'll be too bad because all three of us happen to agree that the charsiew shou (叉烧酥) was delightful.
at June 12, 2014 No comments: